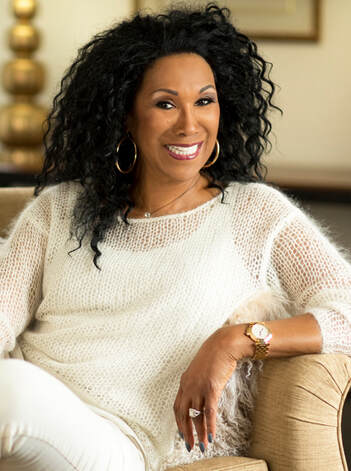 Ruth began her formal vocal training as director of the junior choir in her father's church, The Church of God in West Oakland, California. She married after high school and had two children. Ruth then took a job as a keypunch operator to support her family.

By then, her sisters, Bonnie, June and Anita were pursuing a singing career. In 1972, they convinced Ruth to join them, and the group became a quartet. Their first album was released in 1973. (see group bio).

Aside from her phenomenal success as a member of the multi-Grammy-winning Pointer Sisters, Ruth has occasionally stepped out on her own as a solo artist. She contributed the single "Streets of Gold" in 1989 to Disney's  Oliver & Company soundtrack. "Enemies Like You And Me", a duet with Billy Vera can be found on the  Iron Eagle II soundtrack. Background vocals by Ruth can be heard on Celine Dion's  Unison album(1990), June Pointer's two solo albums,  Baby Sister(1983) and  June Pointer(1989), Bonnie Pointer's  If The Price is Right (1984) and Bruce Willis' The Return of Bruno (1987).

As an international spokesperson for the USO, Ruth has often traveled overseas to perform for our troops in locations such as: Budapest, Hungary, Bosnia, Bahrain and Italy. She also finds time for other charitable causes that are close to her heart.

At times throughout Ruth's career she has contributed as a songwriter on such songs as: "I'm So Excited", "Waitng on You" and "Only Sisters Can Do That".

The E! Network has featured Ruth on "Celebrity Homes"  and she also appeared on an episode of "Chronicle" on Boston's WCVB, which can be found on  Youtube.

She married her current husband in 1990 in the garden of her Malibu, California home. At the age of 47, Ruth gave birth to twins and now resides in her husband's home state of Massachusetts. In her free time, she enjoys knitting and reading. Ruth continues to perform solo on occasion and maintains a busy touring schedule as a member of The Pointer Sisters! In 2018, Ruth performed the National Anthem at the Boston Red Sox home opener game at Fenway Park!

Ruth's heartfelt memoir “Still So Excited!: My Life As A Pointer Sister” (Triumph Books) is available at  Amazon .
​
Songs that are fan favorites with Ruth on lead vocal include: "Blind Faith", "Heart Beat", "Automatic", "Neutron Dance", "Contact", "Back In My Arms", "Pride" and "After You". 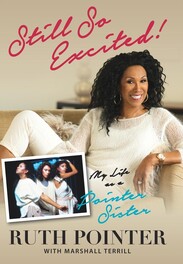